In this artcile, we will take a look at the SDN paradigm as it is the buzzword of nowadays network researchers. This concept will help us in the futur to create new applications matching with our needs.

Just 3 minutes, and you will understand the concept! 🙂

Software Defined Networking is a network architecture where network control is decoupled from forwarding and is directly programmable. This means that all protocols running on a Switch or a Router (Infrastructure Layer) will be hosted in a Server (Control Layer) called Controller.  New applications (Load-balancing, Firewall…) can be developed on the Application Layer and can act on our network using the control layer. 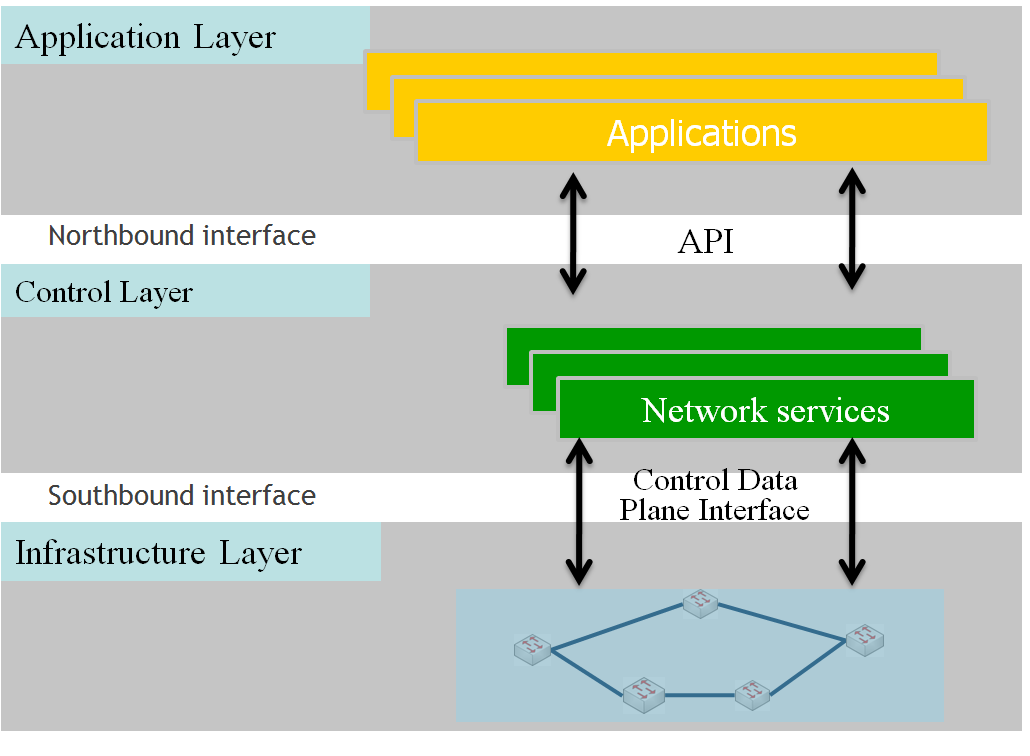 This picture is a logical view of SDN architecture:

Network intelligence is centralized in Software-based SDN controllers, which maintain a global view of the network. As a result, for the applications, the network appears as a single logical switch.

With SDN, the network design and operation becomes easier than in conventional networks. SDN also simplifies the network devices themselves, since they no longer need to understand and process a multitude of protocol standards but accept instructions from the SDN controllers.

By centralizing network state in the control layer, SDN gives network managers the flexibility to configure, manage, secure and optimize network resources via dynamic, automated SDN programs. Moreover, network operators and administrators can write these programs themselves and not wait for features to be embedded in vendors’ proprietary and closed software environments in the middle of the network.

It seems that SDN will simplify management and automation of our networks. 💡

That’s the end of this article. I hope this was helpful for you to understand the basis of this new concept.  And don’t forget that you can leave a comment!